Using WebAssembly to run, extend, and secure your .NET application

WebAssembly (WASM) has come a long way since its first release in 2017. As a technology stack running inside the web browser, it even allows products like Adobe Photoshop to run in that context, and with Blazor WebAssembly .NET runs inside of the browser as well.

Now, WASM is expanding beyond the browser to run in a server-based context. With the introduction of WebAssembly System Interface (WASI), the technology leverages a standardised API that allows it to run on any system that supports it, for example to support cloud-based workloads.
Had WASM and WASI been around in 2009, Docker would not have existed according to one of its founders, Solomon Hykes. WASM has a strong security posture given how it works with linear memory space and how it supports a sandboxed-based environment called “nano-process”, which uses a capabilities-based security model. Users can even take .NET and, with the help of WASI, run it on a Trusted Execution Environment (TEE) to add an additional layer of security.
In this session we'll start out with going through some of the basic security features of WASM and then move to running and extending an .NET application it with WASM. After that we'll focus on the security features and run .NET on a TEE and use the sandbox and the capabilities based security model to limit what it's allowed to do. 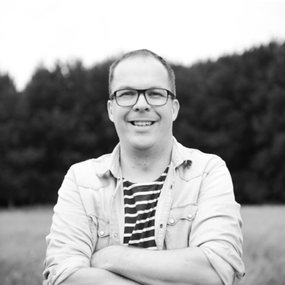 Niels Tanis has got a background in .NET development, pentesting and security consultancy. He also holds the CSSLP certification and has been involved in breaking, defending and building secure applications. He joined Veracode in 2015 and right now he works as a security researcher on a variant of languages and technologies related to Veracode’s Binary Static Analysis service. He is married, father of two and lives in a small village just outside Amersfoort, The Netherlands.

All good!
Don't want it